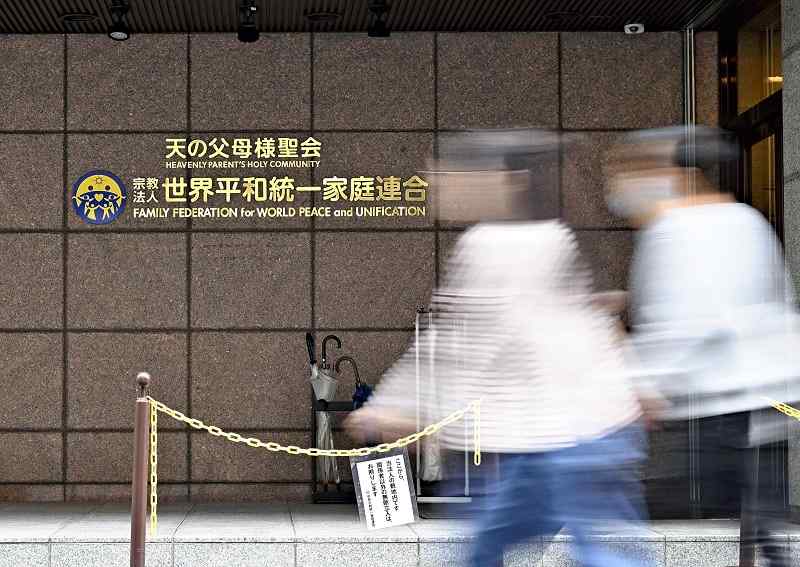 New health ministry guidelines will classify as abuse any acts by members of religious groups that threaten or force their children to participate in religious activities, or that hinder a child’s career path based on religious doctrine.

According to sources, the Health, Labor, and Welfare Ministry is preparing its first draft of guidelines to help local governments deal with issues of child abuse that have emerged in connection with religious groups such as the Unification Church, officially known as the Family Federation for World Peace and Unification.

Children of religious groups’ followers have criticized authorities’ handling of this issue in the past. They have said child consultation centers and the police did not respond to their complaints of abuse, telling the children there was nothing they could do because freedom of religion is protected under the Constitution.

In October, the ministry notified local governments not to make perfunctory responses simply because a problem is religious in nature. It is also working to outline specific points in the guidelines that authorities should be aware of when dealing with such cases.

According to the sources, the envisaged guidelines will be in a question-and-answer format and will specify what faith-based acts against children fall under the categories of abuse as stipulated in the Child Abuse Prevention Law.

Inciting fear by telling children they will go to hell if they don’t participate in religious activities, or preventing them from making decisions about their career path, is regarded as psychological abuse and neglect in the guidelines.

Other acts that will constitute neglect include not having the financial resources to provide adequate food or housing for children as a result of making large donations, or blocking their interaction with friends due to a difference in religious beliefs and thereby undermining their social skills.

When taking action, the guidelines will urge child consultation centers and local governments to pay particular attention to the possibility that children may be unable to recognize the damage caused by abuse after being influenced by doctrine-based thinking and values.

In addition, there are concerns that giving advice to parents may cause the abuse to escalate and bring increased pressure from religious groups on the families. In light of this, the guidelines will call for making the safety of children the top priority and taking them into temporary protective care without hesitation.

For children 18 years of age or older and not eligible for protection by child consultation centers, local governments should instead refer them to legal support centers, welfare offices and other consultation facilities.

Guidelines already exist for child consultation centers about how to respond to abuse, but this will be the first time for them to be devised specifically for children of religious followers. Moreover, the ministry has been developing these guidelines based on interviews conducted with some of the children in question.