If you’re looking for a cautionary tale about not believing everything you read on the internet, here’s one. Last week, a story broke about overpriced cabinets being a cover for human trafficking on a popular furniture site, Wayfair. Here’s the story of how it went from a wholesome place to buy furniture to a possible human trafficking hub. 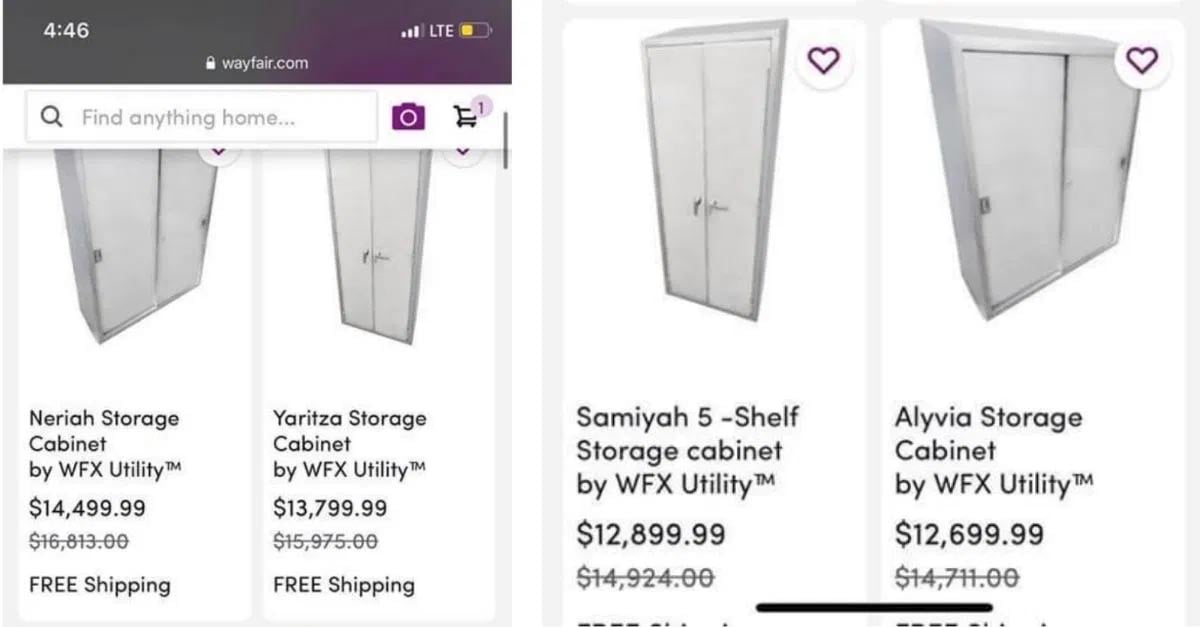 Wayfair typically sells low to mid priced home goods on its site. So when a Reddit user stumbled upon an oddly named industrial office cabinet that cost over $10,000, it looked really suspicious. She posted that it may be a front for a human trafficking operation.

The description of the Wayfair cabinet failed to mention that it was meant for corporate use and not Wayfair’s standard home fare. Being built more sturdily than your average home-decor cabinet, it was worth much more in craftsmanship. However, since that was unclear, and we live in a world full of creeps and human traffickers, speculations flew. 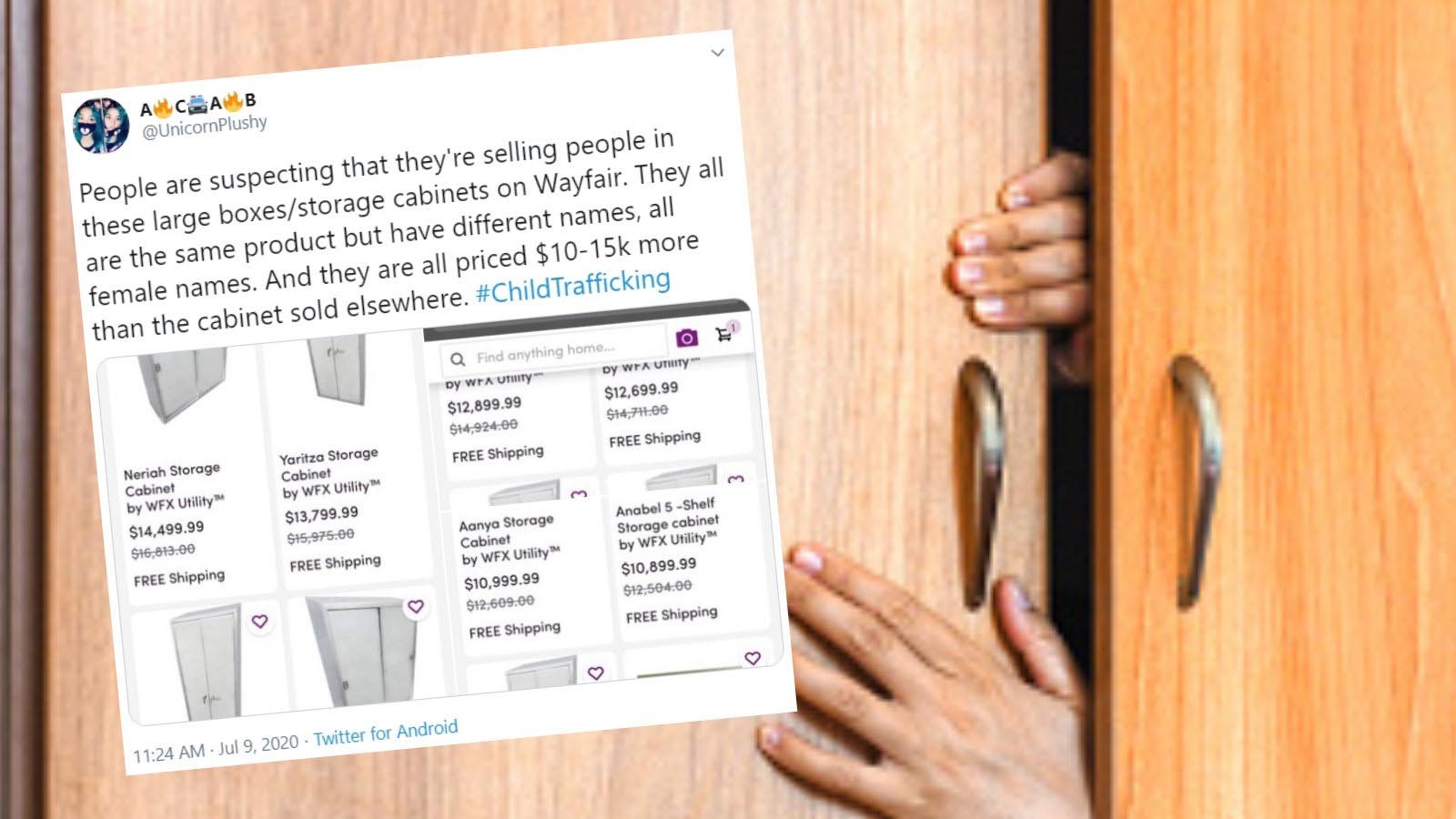 Internet users quickly concluded that the overpriced cabinet was a cover for a human trafficking operation. The overpriced cabinets, plus other kitschy items with suspiciously high price points, were really missing women & children being sold on the black market. Worse, their names were similar to missing children in a database.

However, the Wayfair human trafficking conspiracy can be explained, including the high price points and the use of the names. Let’s take a look. 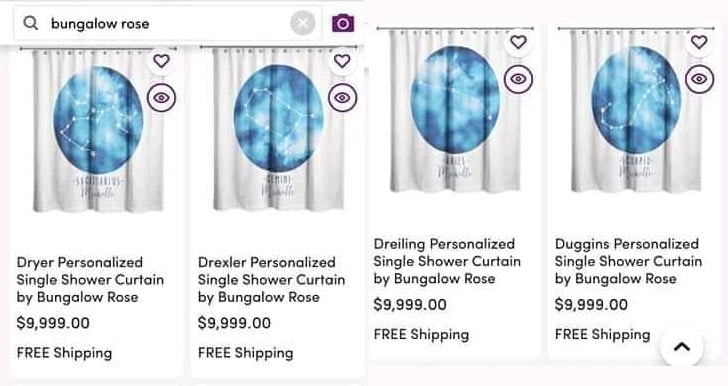 Another internet browser, someone on Twitter, noticed a shower curtain for $9,999 on Wayfair. A similar one on the web ran for $99, and human trafficking was thought to be the culprit.

If you’ve ever typed anything really fast, you know it can be easy to double-click a button on accident. Instead of assuming it was a typo, the internet sleuth took to Twitter to demand answers. Soon, the internet exploded with the human trafficking conspiracy. 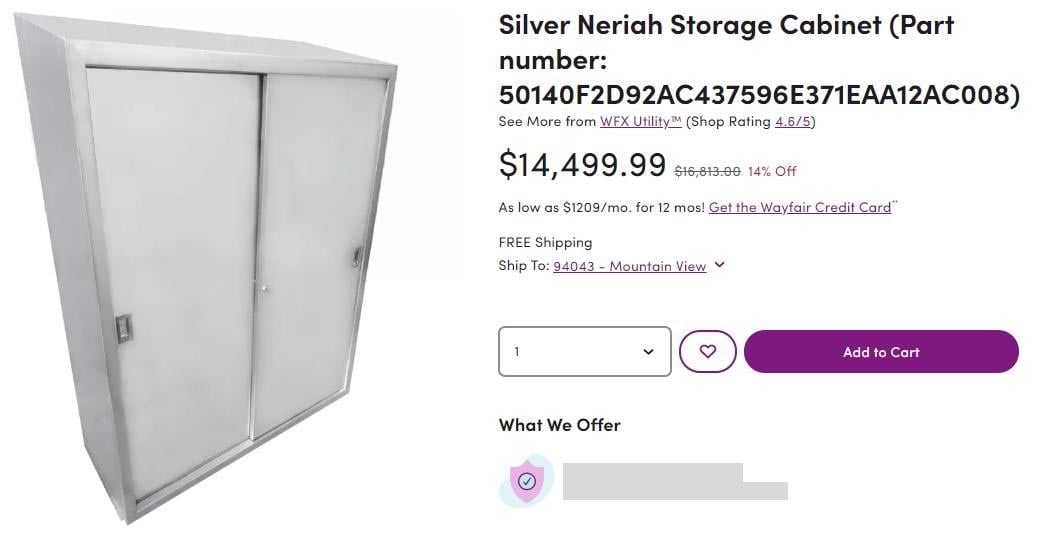 What about those names?

The internet is still wondering why these cabinets and overpriced household goods on Wayfair had girls’ names on them. More suspiciously, the girls’ names matched young women on the Missing Kids list. What gives about that?

Many home good companies like Wayfair and IKEA name their furniture. Sometimes, the names coincide with the tragically long list of girls and young women who go missing every year. They could be human trafficking victims.

However, many of these names can be common. A woman linked to a cabinet had to post on Facebook confirming she had nothing to do with the Wayfair human trafficking conspiracy, nor did she go missing in the first place. 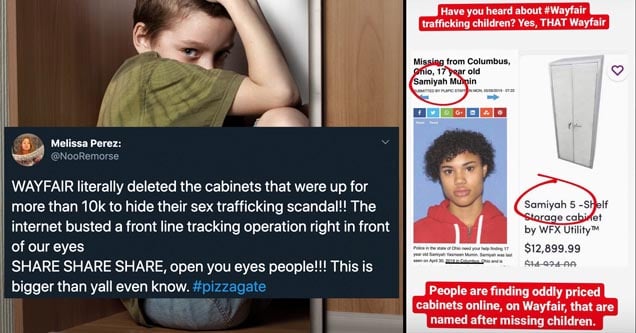 The Wayfair human trafficking conspiracy blew up in the US, the UK, and Turkey. The story has over 4 million engagements on Instagram. It was posted about over 12,000 times on Facebook with over a million likes, comments, or shares. 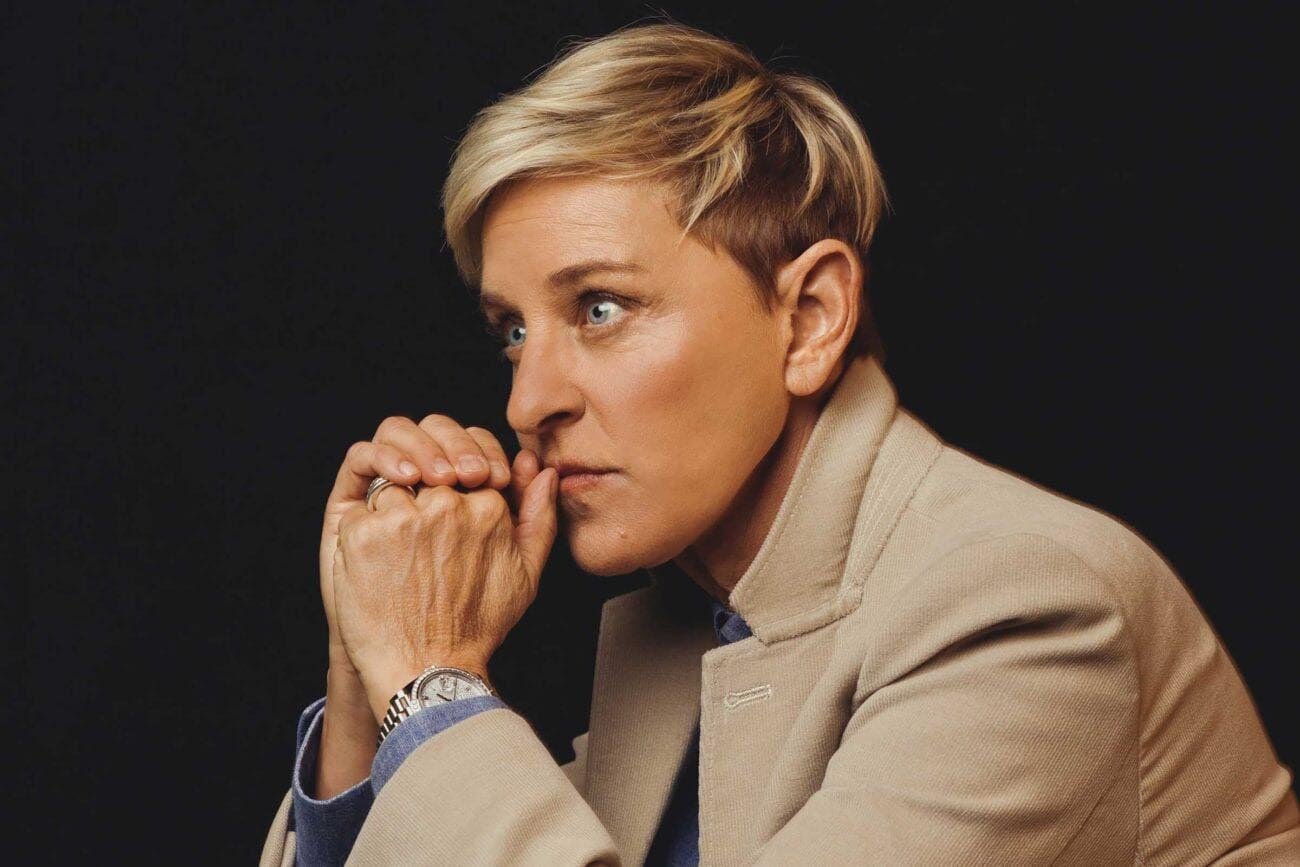 The Wayfair human trafficking conspiracy didn’t just affect Wayfair. Celebrities who sold products on Wayfair like Ellen DeGeneres were implicated in the conspiracy, too. Ellen’s throw pillows, for instance, were overpriced on the site without a clear explanation.

Since celebrities are in the news linked to human trafficking rings like former multimillionaire Jeffrey Epstein’s, it was a quick jump to scrutinize anyone famous on Wayfair’s site.

Sadly, the Wayfair human trafficking conspiracy did more harm than good. After the story broke, sex trafficking hotlines like Polaris were flooded with so many callers that they couldn’t get to real calls for help.

Moral of the story: if you’re an e-commerce company, proof everything before you post! Also, if you’re a typical internet browser, make sure to keep help hotlines free for those who need them. Human trafficking is a horrible crime that needs to be stopped, and these hotlines need to be free for victims and their families, not conspiracy wonks.