In terms of technology, the world had been unifying for years. Now it is reverting back to the likes of the VHS-versus-Betamax era, with much bigger consequences.

Imagine two countries with completely different sets of hardware and software for the internet, electronic devices, telecommunications, and even social media and dating apps.

That is the direction the U.S. and China are headed in—a world where the two global powers have mutually exclusive technology systems.

calling it counterproductive for both sides. While this month’s signing of a phase-one trade deal between the U.S. and China may have eased broad, short-term economic concerns, deeply held suspicions in both countries suggest the technology gap will only widen in the coming decade.

A battle that had centered on the telecom industry, with the U.S. effort to globally blacklist Chinese giant Huawei Technologies Co. over fears of potential spying and cyberattacks, has burst into a much wider conflict that has altered virtually every part of the technology sector on both sides of the Pacific. Huawei has responded by taking steps to divorce its entire supply chain from the U.S.

China is hastening to make semiconductors and consumer electronics without U.S. parts, after Washington restricted American businesses from supplying Chinese companies. In social media, the Trump administration in November opened an investigation of Beijing-based ByteDance Inc., the maker of the hit video-sharing app TikTok, over national-security concerns surrounding the collection of users’ personal data and the alleged censorship of content critical of the Chinese government. That came after Washington in March ordered a Chinese company,

Ltd., to sell gay-dating app Grindr over fears that China could use data from the app to blackmail Americans with security clearances.

A TikTok spokesman cited an earlier statement saying that it hadn’t been asked by the Chinese government to censor content, and that its content-moderation policies are free of any government influence. Attempts to reach Kunlun for this article weren’t successful.

How can the U.S. maintain its position as a global leader in tech development? Join the conversation below.

Driving the American side of this conflict are not only worries about spying, cybersecurity and blackmail, but also concerns that the U.S. is losing ground to Beijing in the race to develop and implement the latest technology, including artificial intelligence.

“The Trump administration has employed an expansive and novel definition of national security to set back Chinese firms working in everything from memory chips to social media,” says

a Beijing-based technology analyst for research firm Gavekal Dragonomics. “Over the longer term, the strategic solution for Chinese firms is straightforward: develop technology capabilities so that they’re not so dependent on U.S. supply.”

The history of the technological divide goes back at least a decade, with China firing one of the first shots when it censored search results from Google. The company essentially left the Chinese market in 2010, thus beginning an era of two internets: one for China and one for the rest of the world. With Google and Facebook Inc. restricted in China, citizens there flocked to homegrown giants, such as search-engine

’s messaging, social-media and payment app. Such Chinese tech giants help Beijing by censoring sensitive content and monitoring the activities of Chinese citizens. Baidu and Tencent didn’t respond to requests for comment for this article. 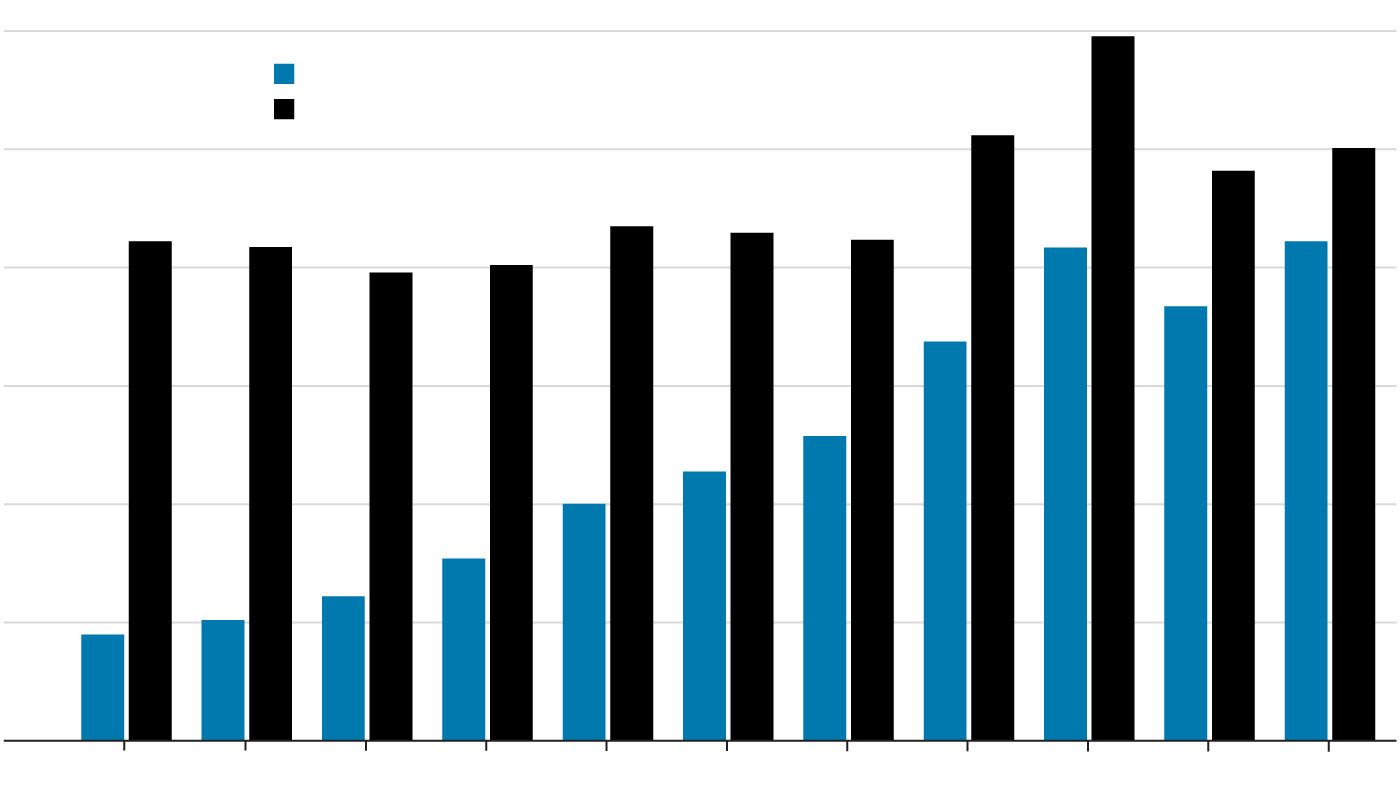 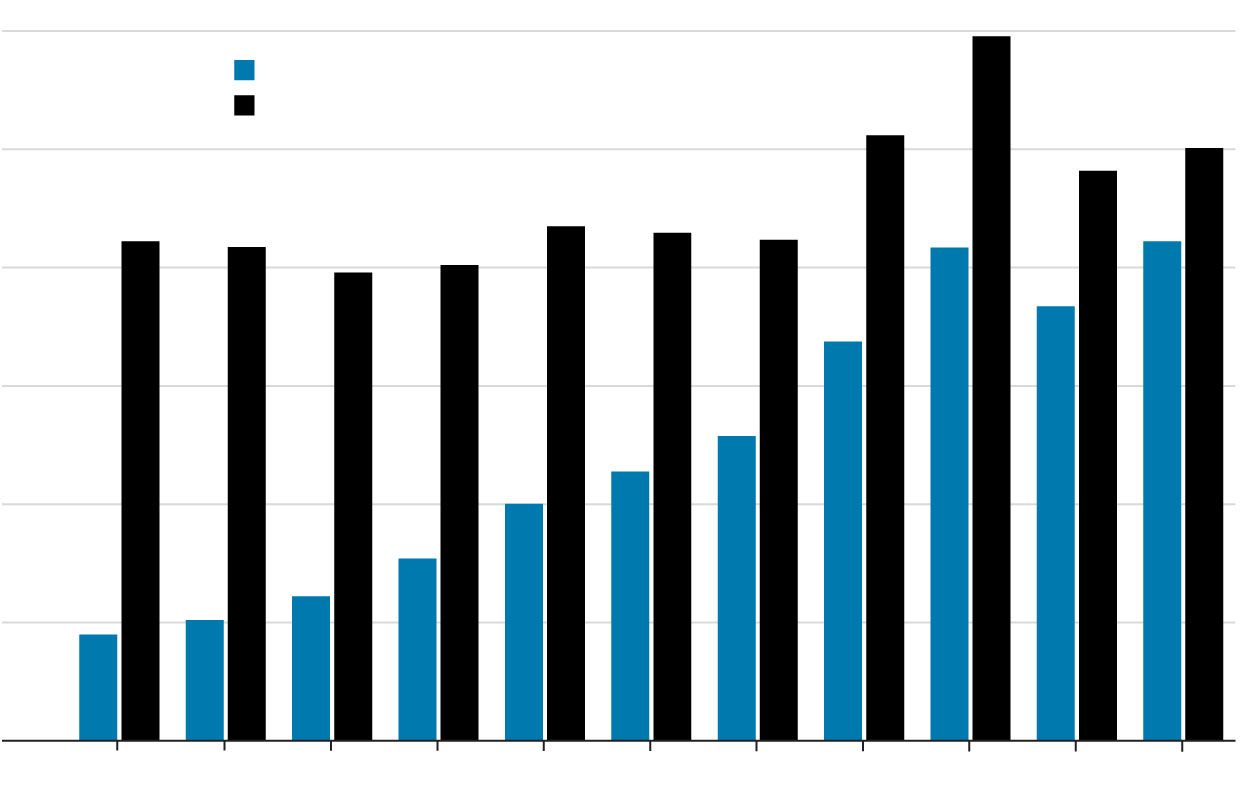 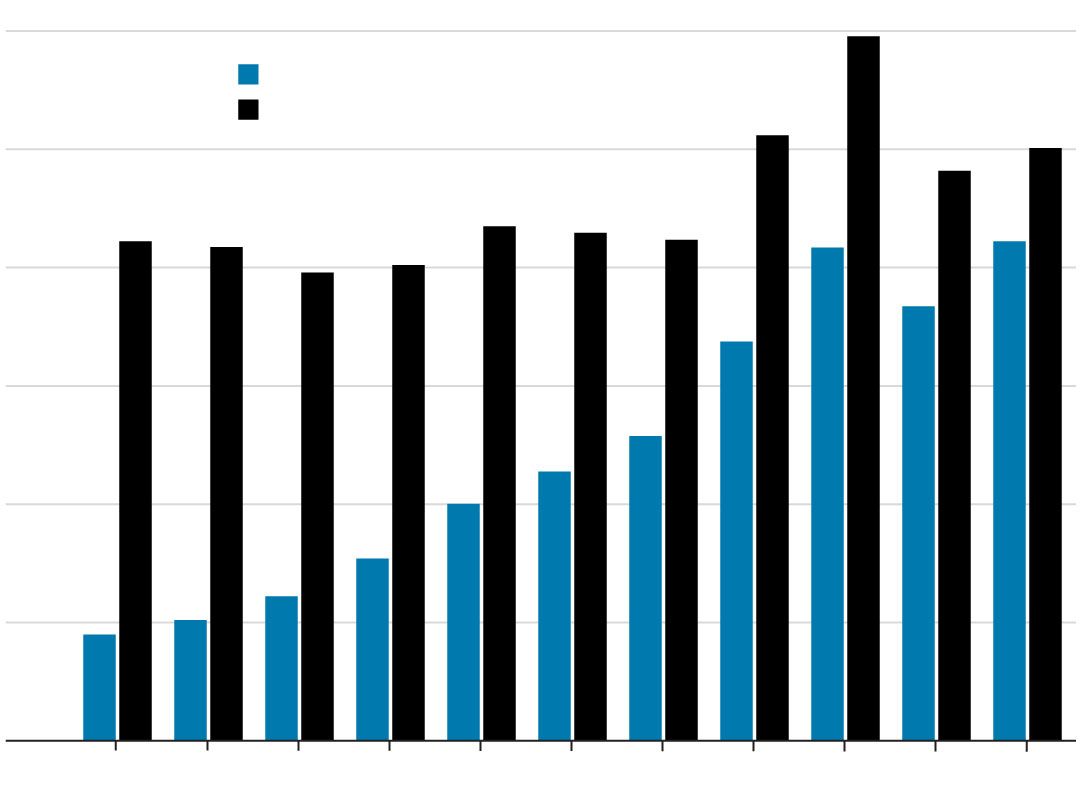 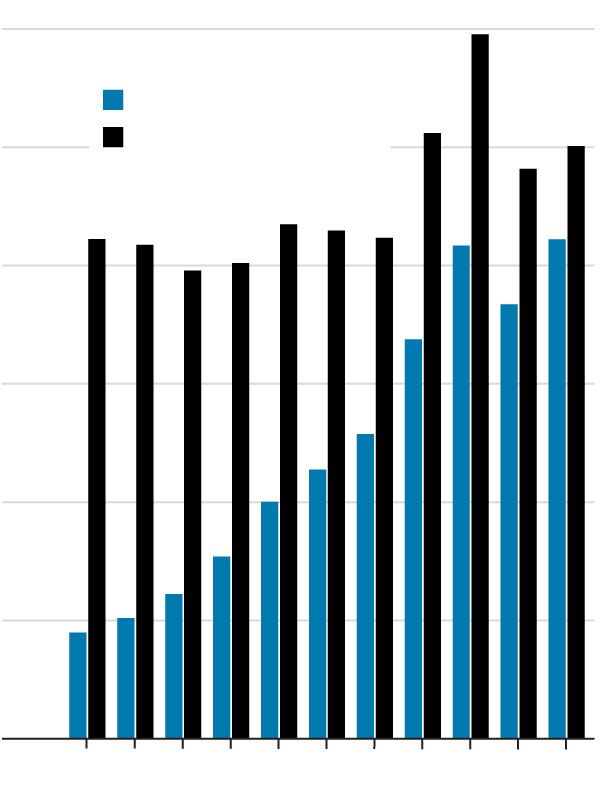 Telecom became the focal point in 2012, when Congress all but banned Huawei from major U.S. business by concluding the Chinese company couldn’t refuse a hypothetical order from Beijing to spy or conduct a cyberattack. Huawei denies that it could use its products to spy or conduct cyberattacks on Beijing’s behalf.

A year later, documents leaked by

alleged that the National Security Agency could hack into telecom equipment made by both Huawei, which relied on American components, and Silicon Valley’s Cisco Systems Inc. That could have spurred Beijing to move Chinese companies away from U.S. dependence, analysts say.

These skirmishes finally exploded into a full-blown technological battle shortly after President Trump took office in 2017. The confrontation had two fronts: trade and national security. On trade, President Trump implemented tariffs on China for its alleged unfair trade practices—such as forcing U.S. companies to share technology with Chinese ones in exchange for access to the Chinese market, an issue that wasn’t resolved by the phase-one trade pact. As for national security, his administration took steps to hinder Huawei and to slow Chinese advances in technology, especially that with military applications. U.S. officials have stressed that the scrutiny of Huawei, ByteDance and some other companies is rooted in national-security issues that are separate from trade.

“2017 was the first time that an administration began to take this on seriously, in a way that would radically change things,” says

who served on the White House’s National Security Council from 2017 to 2018.

Concern in the U.S.

The White House tried to make it harder for Huawei to build its equipment by restricting American suppliers from selling parts to the company. It also tried to stanch the flow of cutting-edge computer technology to China to hinder its ability to build the first next-generation supercomputers.

Enmeshed in the global supply chain, many American tech companies have opposed efforts to decouple the U.S. from China. Semiconductor manufacturers, in particular, have a lot to lose in the dust-up because China is both a manufacturing hub and a growing market for computers, smartphones and other electronics containing their chips. The U.S. exported about $7 billion of chips to China in 2018, substantially more than it imported from China. 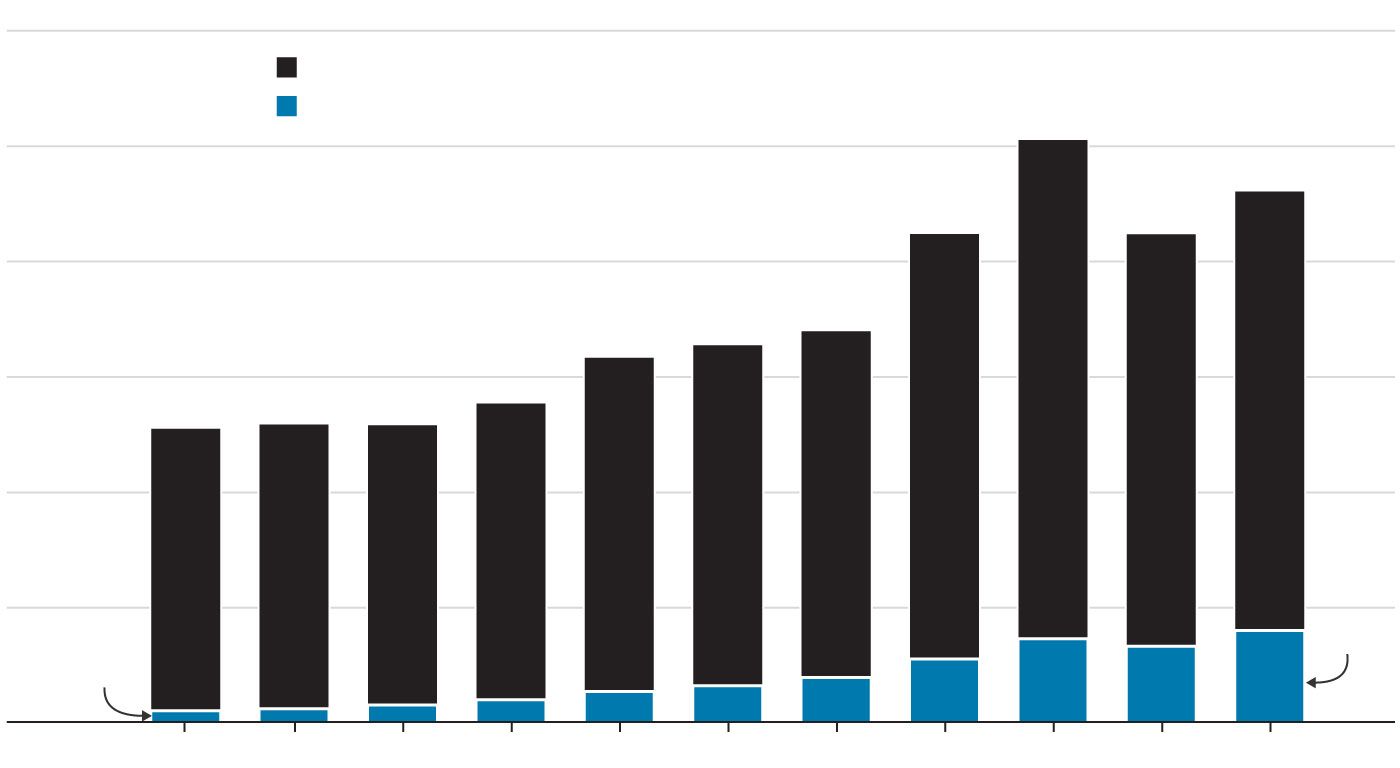 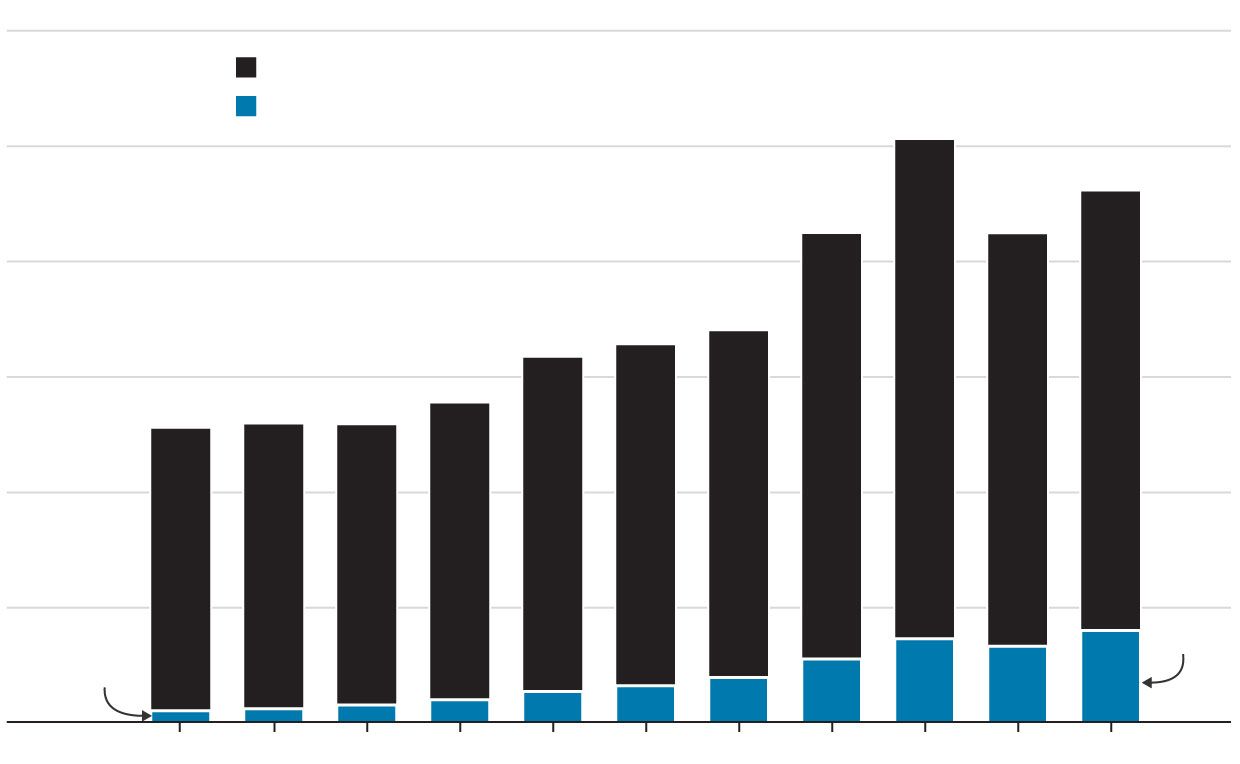 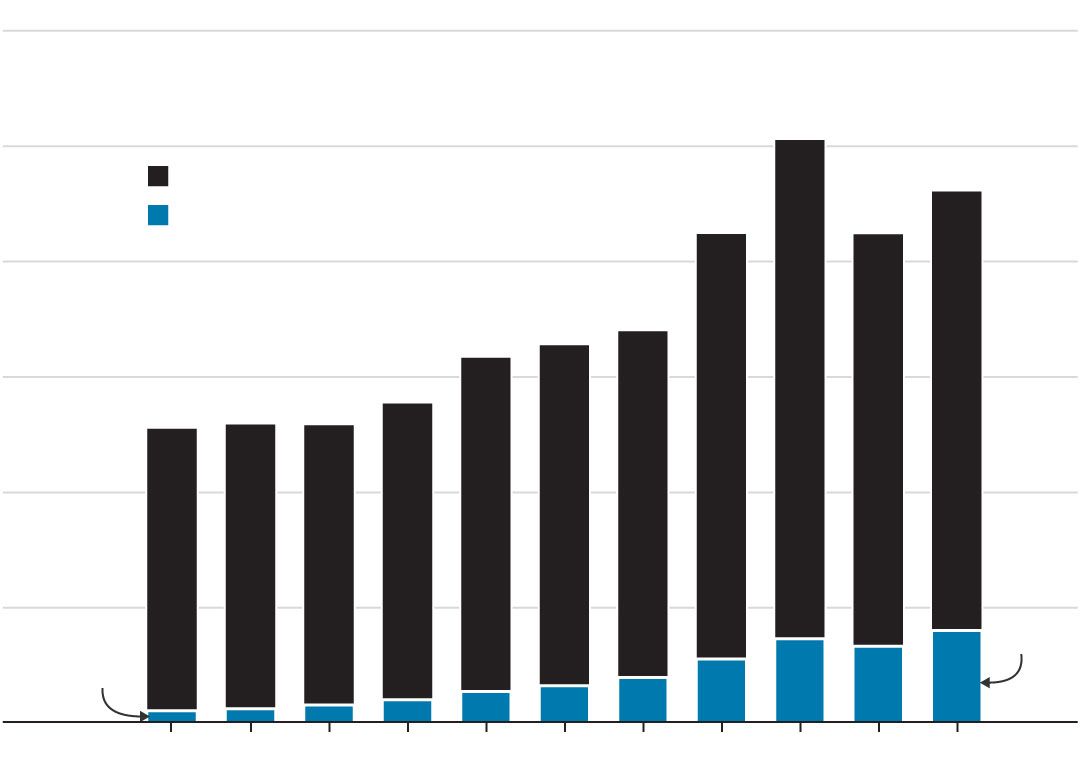 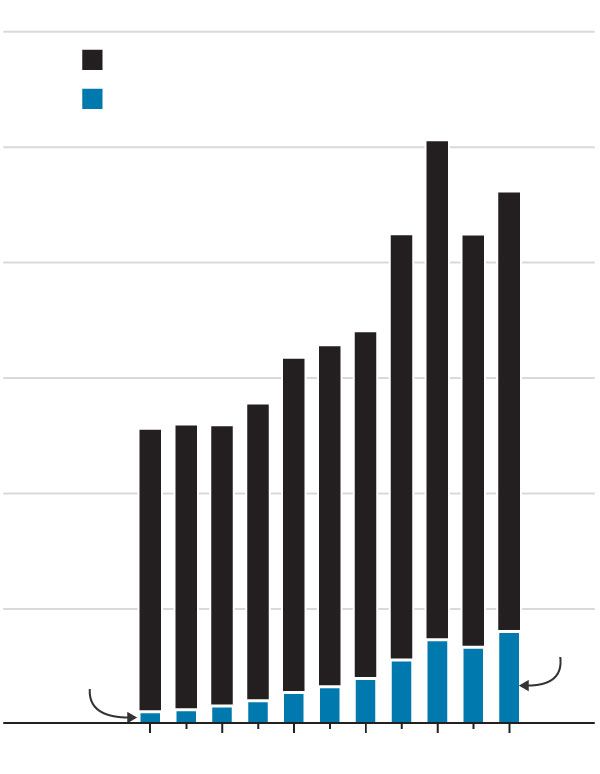 Putting the screws to trade is forcing China to develop its own industry and seek new, non-U.S. suppliers—things the country has already started to do, hurting American chip makers’ revenues. Huawei recently managed to build a smartphone without U.S. parts—a feat that would have been improbable a couple of years ago.

“There’s definitely a bifurcation, and I think the U.S. semiconductor companies are very concerned,” says

More From the World Economic Forum

The Trump administration, however, has largely ignored industry concerns. After imposing a ban on trade with Huawei last year, it allowed companies to apply for licenses to continue shipping to the telecom giant. But many haven’t been approved and decisions haven’t come quickly, according to people familiar with the process.

The battle lines are different in social media, where U.S. suspicion focuses on China’s alleged use of apps to spy and to advance China’s political agenda, such as blocking videos and posts that portray Beijing negatively.

In that arena, the Trump administration has ratcheted up pressure by threatening to undermine Chinese companies’ bids to build user bases in the U.S. The national-security review of TikTok and the demand that Beijing Kunlun Tech sell Grindr are part of that effort.

Even if the U.S. and China mend fences and end their long-running trade dispute, analysts say mutual suspicion all but guarantees the march toward a two-system tech world will continue. China is developing its domestic semiconductor industry and may compete with the U.S. in Europe and other markets. The U.S. might exclude Chinese hardware and smartphone apps from its market—and try to convince allies to follow suit.

In such a world, the race for technological dominance could come with high stakes, handing the winner a stronger economy and greater global influence than it could gain in a more integrated market.

Who will win the technology race, under any circumstances, is an open question. China may be behind for now, but some observers say it’s quickly catching up on what may be the next front in this race: It is pouring tens of billions of dollars into artificial-intelligence research that could be key to the next technological revolution.

Mr. Spalding, the former National Security Council member, says one American concern about Chinese ownership of popular apps is that it gives Chinese companies more data that they can use to improve their artificial intelligence.

Mr. Jones of International Business Strategies emphasizes the importance of AI to both countries. “AI is high on the priority list, and we think AI is a major differentiator in areas like autonomous driving, virtual reality, augmented reality and even medicine,” he says. “We think AI is going to be a key factor in terms of who’s going to win and lose in the next five to 10 years.”

How can the U.S. maintain its position as a global leader in tech development? Join the conversation below.