The MLA wrote on his FIR, “With due respect and humble submission, following statement is for your concerned that, my Facebook page name Suzam Uddin Laskar, being URL No: https://www.facebook.com/SuzamMLA?mibextid=ZbWKwl has been hacked by some malicious group. They have uploaded illegal content which is forbidden by law. Also, it has been reported that they send messages and nude pictures to others with criminal intentions. Therefore, kindly consider the facts and circumstances and after registering a case, please investigate the matter and take necessary legal action as per law.” 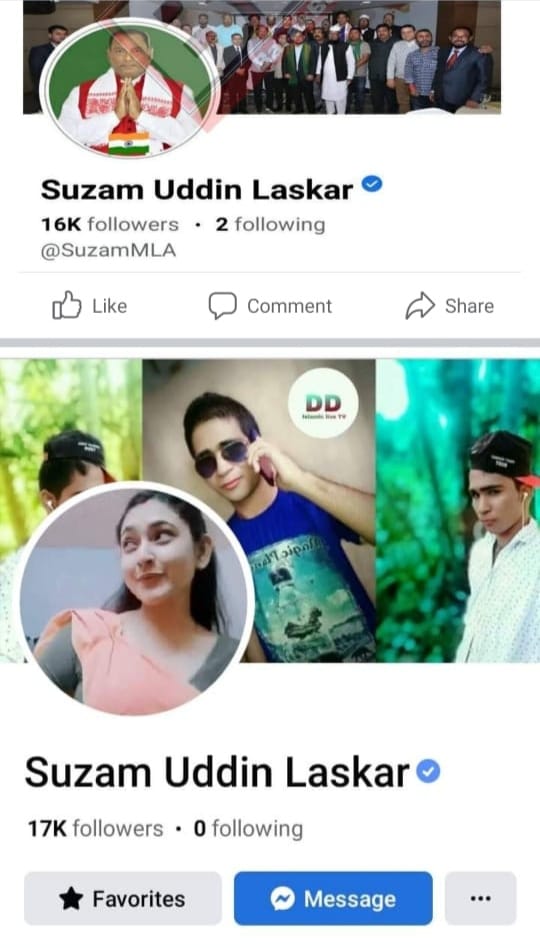 Speaking to reporters Suzam Uddin Laskar said, “I lodged an FIR at Lala Police Station after knowing about the hacking. Enquiry is going on after the FIR was filed. I have informed the DC, SP, Additional SP, CI, OC as well as the DGP about the hacking. I have told them to conduct an immediate enquiry under the provisions of law and penalize the offenders. I appeal to the Honourable Chief Minister of Assam who is in charge of Home Department to punish the culprits involved. Today a CID officer called me and told that their Cyber Crime Branch is investigating all over India after learning about the hacking incident yesterday night. I feel the culprit will be identified within 24 hours. It might be a political conspiracy to demean my image as I’m a political person and an MLA. That is why I want all sorts of legal action to be taken against the perpetrators.”