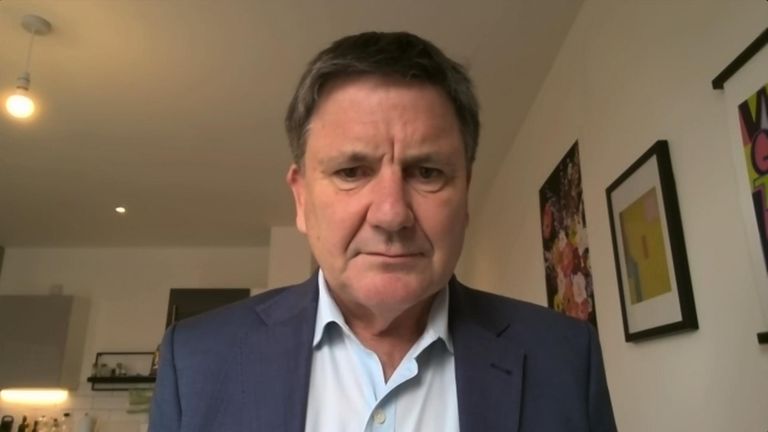 Nearly a year on from a government pledge to reform the way rape cases are investigated, victims are still being asked to hand mobile phones over as part of “excessive” police scrutiny, according to the Independent Commissioner’s Office.

Traumatised victims are given “wide-reaching” consent forms for digital searches when they are unable to give “meaningfully informed consent”, John Edwards, the information commissioner, told Sky News.

“The investigators should confine themselves to matters which are relevant to the matter under investigation and not go trawling through the ancient history and intimate life of somebody who’s just been through a traumatic incident,” he said.

“In the vast majority of cases, it shouldn’t be necessary as one of the sort of opening gambit in an investigation of a serious sexual assault.”

Mr Edwards is calling for an immediate end to the collection of vast amounts of information – including phone analysis described as a “digital strip search” – due to concerns that victims of rape and other serious sexual offences continue to be “treated as suspects”.

Georgina Fallow was raped in 2018 while walking home late at night.

She now volunteers to help support those who are survivors of rape and sexual violence.

Ms Fallow says she repeatedly hears stories from victims who feel like they’re treated as suspects due to the amount of information requested by police.

She told Sky News: “You have such a need for control at that point because you feel like you need to protect everything, physically, emotionally, whatever it is.

“It was more the ‘I don’t have a say in how my information is being used’, and that is what personally in my instance made me hesitate to take things further.”

Sky News also spoke to a rape survivor who had her digital data and medical records taken – to obtain this, her phone was taken by police for nearly a year. She has chosen to remain anonymous.

She said: “The hardest bit for me was in my case the defence decided it wasn’t enough to just have downloads, they were worried they were missing information, so they put a request into CPS to meet face-to-face and go through my social media.

“It was frustrating not having a phone and when I asked why it was taking so long they said it’s because there’s too much information and not enough services available to deal with the number of digital downloads requests for the number of cases.

“You can give all this information, and it feels like it’s never going to be enough.”

The government announced its rape review last summer, in which it stated digital material requested from victims would be “strictly limited” to what was “necessary and proportionate to allow reasonable lines of inquiry into the alleged offence”.

But the latest Information Commissioner’s Office report found that victims are “being told to consent to hand over extraordinary amounts of information about their lives, in the immediate aftermath of a life-changing attack”.

The ICO report sets out multiple recommendations, including for the National Police Chiefs’ Council to mandate all constabularies to stop issuing forms to victims indicating general consent to obtain information.

The Home Office said: “We must ensure that victims and witnesses are confident they will be treated with sensitivity and dignity when reporting crimes and that their rights to privacy are protected.

“That’s why we strengthened the law which covers requests for digital information, to ensure that victims are only asked for their phone where necessary and proportionate, and funded £5m of new technology for 24 police forces to help meet our rape review commitment that no adult rape victim will be left without a phone for more than 24 hours.

“We will also shortly be launching a public consultation on police requests for personal information, such as medical or education records, to understand more about the problems in this area and to test possible solutions.”